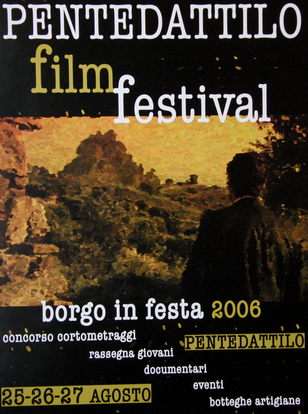 
Pentedattilo, or to paraphrase "Cinque dita di Violenza" (The Five Fingers of Violence), a bad kung-fu film of the seventies, can now be transformed into a beautiful film called: The Five Fingers of Hope.
A film that tells a bad story of property speculation from half a century ago that is transformed today in an extraordinary initiative of architectural restoration, combined with a multitude of cultural activities aiming at the enhancement of one of the most beautiful landscapes of our mistreated and humiliated South.
A dream, then: a dream that can come true thanks to the pioneering spirit of enthusiastic young people.
And also cinema, the "dream factory", with its five fingers open to the sky as a warning and a promise. As if to say: "As long as the roots of man and of his history will be preserved, his hope in the future will be also safeguarded".
Paolo Benvenuti