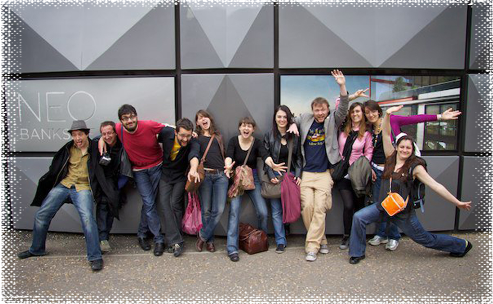 The participation of Pentedattilo Film Festival along with the French friends of Festiv'Art to European Union’s Youth in Action Programme has been an important experience of creative and knowledge sharing of significant depth. From Amiens to London to Pentedattilo the cultural exchange between young artists from different countries made us think about the notion of European identity. We were all animated by one desire: be together and share. Through our different paths, our similarities, our territorial peculiarities, we have helped create a challenging goal together: enhancing young people’s creativity as to develop a sustainable future. Besides, a festival can survive only if it recognizes the means for its renewal in international mobility. Thanks to our French friends for choosing us as partners in this wonderful initiative.

Europe ... single currency, common market: is it simply a geographical term? No, it’s not!
For the 20 Italian, French and English young people who participated to the exchange project "Young Europeans’ Creative Encounters around Art", promoted by the Association Les Libres Radicaux, Europe is much more than that. Europe is travelling, sharing, discovering the Other...
Thanks to this adventure that took place in France, Italy and England, Europe has become a common area of artistic creation. Despite the language barrier, music, photography and cinema were the best way to understand and share with each other; they allowed to carry on thinking over European citizenship, taking into account the cultural diversity of each participant.
Not to forget: this project has allowed us to renew the partnership with Pentedattilo Film Festival! And yes, Europe is also this!

Pentedattilo tells the loneliness of modern man who has lost, during his voyage, the mates of a life: the places, the plants, the animals, the environment, the colors, ie its memory, its history and its collective identity.
Pentedattilo represents a symbol of “abandoned villages”, a bleeding wound, a place where the music of the soul plunges his sword.
And it’s in this place that the band of Il Parto delle Nuvole Pesanti have heard pulsating life and they made it the privileged theater of their latest work, from the cultural project “The Case of Identity”, to the movie “The colors of abandonment”, to the last record “Magnagrecia” which contains an instrumental piece with the meaningful title of “Pentedattilo”, until the videoclip of the single “Magnagrecia”, shot in the streets and houses of this charming and picturesque village.
Il Parto delle Nuvole Pesanti and Pentedattilo share a secret: the hope of transforming the ruins into resources for the future. 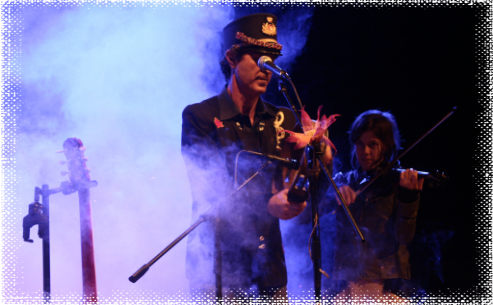 I HAVE A BAN: LIVING AS A PERSON
BY ELISA PERINO
PHOTOGRAPHIC EXHIBITION ABOUT THE CASE OF ST. PAUL CLINIC'S NONVIOLENT OCCUPATION
From 2008 the city of Turin hosts one of nine Regional Committees whose jurisdiction is to consider each request for Political Asylum or Protection Application, that follows it. As often happens, the solutions offered by the institutions are not enough to ensure a decent accommodation to every Protection Holders in Turin. Some of them don’t receive anything, hence the need to occupy the building uninhabited from ten years to have a roof under which to sleep. On the evening of October 13th, 2008 a hundred political refugees, helped by the Independent Committee, took possession of the former St. Paul Hospital in Peschiera’s Path. The occupants, which are all political refugees and holders of humanitarian status, come from several areas of Africa, they are mostly Somalis but also Eritrean, Ethiopian and Sudanese.

WE WILL NEVER FORGET THIS
BY IVANA RUSSO
PHOTOGRAPHIC EXHIBITION ABOUT THE FACTS IN ROSARNO
These pictures, which are supposed to witness the conditions of immigrants despite their physical absence (the immigrants were already gone away when I made the photo report), are carriers and representations of worlds, with the
presence of their objects and their clothing. Plain landscapes, fields of olive trees, where nature in its grandeur is enough to drown us (not only in a metaphorical sense) and it is so lush, seemed to betray herself becoming lap and memory of ferocious aggressions. These are the elements that, together with the interview, constitute the video – photo exhibit “We will never forget this,” whose title is a sentence written on a wall by migrants before abandoning the settlement of Spartimento. 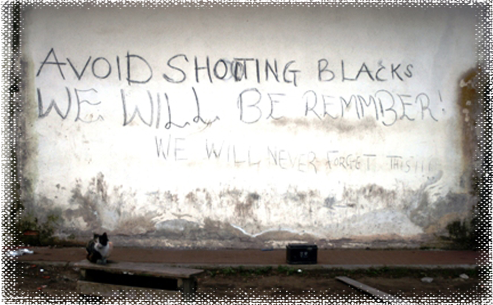